No1 would leave you speechless!

by Blessing Osazuwa
in Hustle life
0

In a world full of market research, data analysis and testing, it’s interesting to see some bold entrepreneurs breaking the norm with their crazy business ideas. Generally, people can be unpredictable and in some cases, one cannot always know what is truly worth the investment but there are some business owners out there willing to take the risk in order to bring their ideas to reality.

Here is a list of five (5) ventures that came to life because their founders took a leap and dared to start something different; they cashed out big time too! No1 would leave you speechless!

A guy named Eric Nakagawa who was a software developer, after a hectic day wanted to unwind so he asked his friend to send something to make his day better.

Eric’s friend sent him a truckload of cat photos, among them was a photo of a cat with an intended incorrect caption “I Can Has Cheezburger?”. To Eric this was really funny so he decided to create a website dedicated to cat memes. It got so popular that people also submitted cat photos to the site.

It seemed Eric Nakagawa was overwhelmed with the handling of the website and in 2007, he decided to sell the website for $2 million! Interestingly, the person who bought the site was initially not a fan of the website but guess what? He bought it and made himself the CEO of I Can Has Cheezburger? cat memes site!

Jonah white and his partner had a weird goal of making people look ugly with the use of fake teeth and these two successfully manufactured 6000 sets of fake teeth for starters and sold them across the country.

They made $50 million after selling a total of 20 million teeth that made humans look ugly in over 100 countries worldwide. Honestly speaking, movie production companies might have been one of their major clients, who knows? 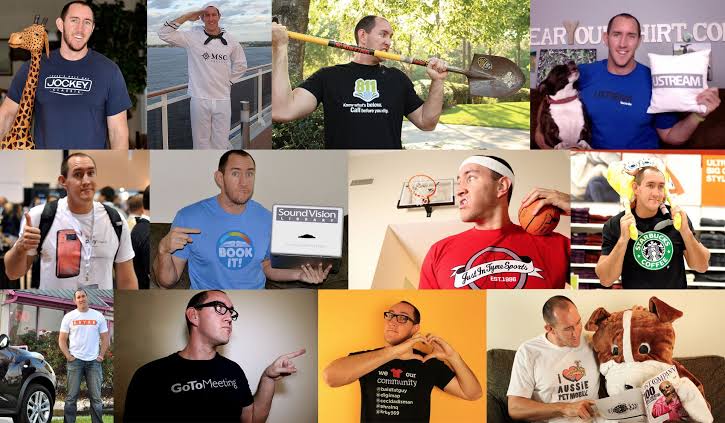 I Wear Your Shirt, founded by Jason Sadler, was termed an American advertising company that used T-shirts to advertise businesses. It was founded in 2008. With I Wear Your Shirt, a company or brand would pay to have Jason wear a shirt adorned with the company’s logo for a day. Sadler wore different shirts for every day of the year. He advertised for the companies by taking pictures and by uploading videos about the companies to video sites. Unfortunately, the company packed up in 2013. 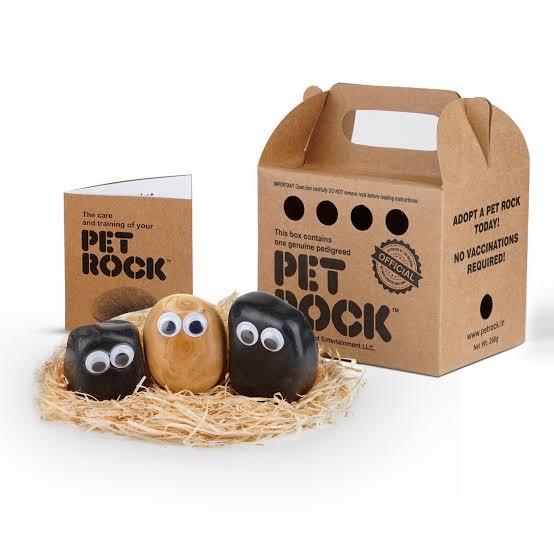 Pet Rock is a collectible toy made in 1975 by Gary Dahl. Pet Rocks are smooth stones from a beach in Mexico. These rocks or stones were marketed like live pets and, Dahl sold over 1 million Pet Rocks for $4 each and became a millionaire just like that.

Now a little back story on how Gary Dahl came up with this crazy idea that made him a millionaire. In a bar while listening to his friends complain about their pets, he came up with an idea for the perfect pet: a rock.

With a lifeless rock you don’t have to bother about feeding, walking, bathing or grooming it, and it would not die, fall ill, be disobedient or urinate on your carpet. Gary Dahl took this idea seriously and made it into a business and people bought his idea. 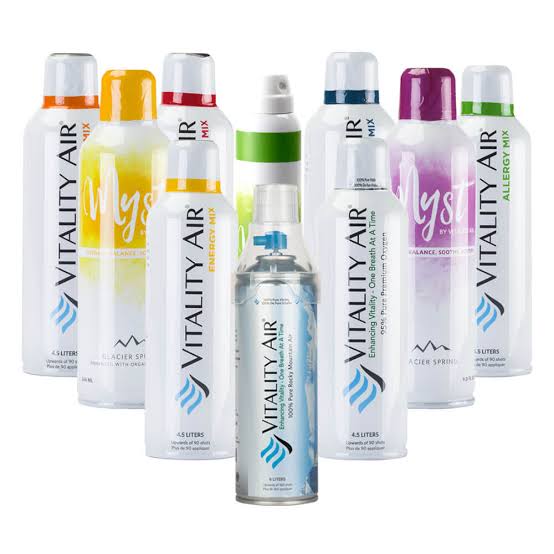 These two entrepreneurs are cashing out by selling bottled air. Moses once said: “We’re taking clean and pristine air, and we’re moving it from one part of the world to the other. Our main target market is definitely China, India, Korea, Vietnam, Dubai — the places where there’s a lot of air pollution,”

What’s the craziest or weirdest business idea that you’ve ever heard? Share them in the comments section below.