Imposition of Excise Duties on Nigerian Manufacturers On Hold Due To Fuel Scarcity, Naira Depreciation, Etc

The Centre for the Promotion of Private Enterprise (CPPE) has suspended plans to impose excise duties on manufacturers in Nigeria.

CEO of CPPE, Dr. Muda Yusuf made this known in a in a document titled, “CPPE calls for suspension of planned imposition of excise duties on manufacturers”

This is coming weeks after the Finance Minister, Mrs Zainab Ahmed, warned that excise duty would be levied on a variety of manufactured commodities in the country soon.

Dr. Muda Yusuf pointed out that manufacturers are also experiencing significant spikes in the cost of raw materials, cost of funds, high import duty, the prohibitive cost of transportation and high cost of logistics; noting that a huge proportion of the costs cannot be passed on to the consumers because of weak purchasing power and high consumer resistance. 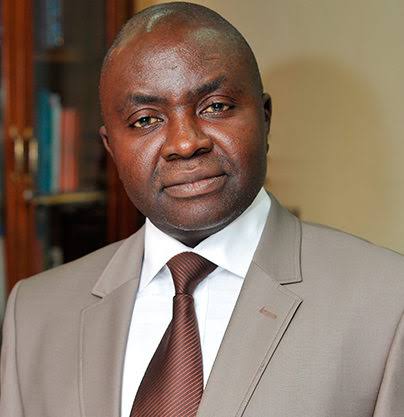 According to him, the manufacturing sector offers good prospects for job creation and lifting more Nigerians out of poverty stating that if the burden of tax becomes excessive and unbearable on the critical sector, the realisation of the outcomes by the government would be difficult.

He, therefore, emphasised that the manufacturing sector needs stimulus and not tax imposition.

The CEO of CPPE also noted that Nigerian manufacturers are battling with unfair competition, withproducts imported from Asia, as a result of the porosity of the country’s borders. Due to these concerns, the Centre for the Promotion of Private Enterprise has called for the halt of the planned imposition of excise duties on manufacturers.

DBN: We have disbursed about N62.5 billion to female entrepreneurs in Nigeria

It could be difficult to determine the longevity of a business. Whether a business will last for 10 years or...

Will your business be affected? Lagos begins 2023 demolition exercise

The Lagos State Physical Planning Permit Authority (LASPPA) has commenced its enforcement activities for 2023 as it recently sealed an...

A Small Claim Court has been introduced in Bayelsa state for recovery of debts not beyond N5 million in the...

We did not register ‘Wickedness Association’ as a business entity, Says CAC

The Corporate Affairs Commission (CAC) has dismissed a claim that it registered “Wickedness Association of Nigeria, Lokoja Chapter” as a...

In a recent report titled ‘Market Bite Nigeria’, the International Finance Corporation revealed that the contribution of Micro, Small and...

The National Directorate of Employment (NDE), through the Rural Employment Promotions (REP) Department, has disbursed N4.2m loan to 42 farmers...

The Unique Path to Success for Nigerian Entrepreneurs: Moving Beyond the Footsteps of Dangote and Otedola

Small Biz Hacks: Turn Every “No” Into A “Yes” With These Pro Tips