Henry Oloyede Fajemirokun, CON was born on July 26, 1926, in Ondo State to the family of Daniel Famakinwa Fajemirokun and Felicia Adebumi Fajemirokun. He attended St. Peters’ School, lle-Oluji from 1932 to 1936, St. Luke’s School, Oke-lgbo from 1937 to 1940. He began his secondary education at CMS Grammar School from 1941 to 1942 and switched to Ondo Boys’ High School from 1942 to 1944 after which he was enlisted in Old Royal West African Frontiers Force in April 1944. He was then posted to India to serve in World War II after which he joined the Post and Telegraph (P&T) Department as a clerk in 1947 while studying for his Cambridge School Certificate.
Without a doubt, the industrialist found education to be important right from a young age as he knew the benefits of networking, risk-taking and being disciplined- a trait that his children can attest to. In an interview to promote his book in 2019, one of his eleven children, Chief (Dr) Oladele Fajemirokun said that though his late father was a prosperous businessman, he did not inherit his wealth but built his from scratch with his efforts. He added that he was never pampered like he was privileged, pointing out that he spent time sweeping the floor during most holidays while he was a child. 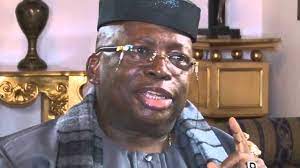 Business/Career
Henry was a member of the workers’ union in the Post and Telegraph department and later rose through the ranks to become President of the department’s Ex-Servicemen’s Union in 1948. In 1952, he became President of the Post and Telegraph’s Clerical and Workers Allied Union. He ventured into entrepreneurship in 1955 from a loan he received from a relative and invested in exporting cattle bones as his first product, then hides and skin, rubber, coffee and shea nuts. 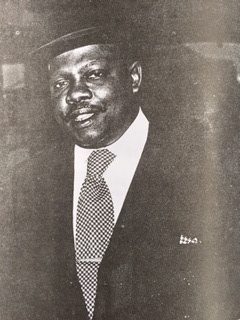 He spotted opportunities in other businesses. Maritime services and importation of cement from Egypt and Poland were other areas he noticed so he forged ahead with his ideas after he received funding for the business from a credit facility that had been provided to him by a British bank in London. The serial entrepreneur’s company, established Henry Stephens, the first indigenous firm to get an oil prospect license in Nigeria. The shipping arm of his company was a pioneer in the Nigerian maritime industry and was one of the first Nigerian companies to own an interest in a shipping line. With his wealth of experience and experience, Henry Fajemirokun owned major stakes in several Nigerian blue chips including American International Insurance Company and oil explorer, First Hydrocarbon Nigeria Limited. 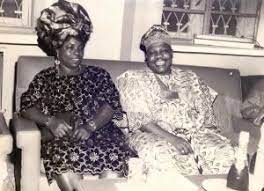 Henry was indeed associated with many historical milestones in Nigeria. Following a decision to withdraw the wealth of the country from foreign nationals, an ‘indigenization’ decree was promulgated by the Federal government in the 1970s. This policy was championed by pioneers who were majorly Nigerian businessmen and bureaucrats including Henry Fajemirokun. As a scheme which benefited Nigeria greatly, Henry Stephens Group capitalized on contemporary nationalism, acquiring and representing notable foreign operations in the country.
Notable mentions
The foremost indigenous entrepreneur was on the board of several organizations and held various positions such as being in the Chamber of Commerce and industry Movement, he was the 4th President of the Nigerian Association of Chambers of Commerce, Industry, Mines and Agriculture (NACCIMA), 6th President of the Lagos Chamber of Commerce and Industry, the 1st President of the Federation of West African Chambers of Commerce (1972–1978), member of the Board of Governors and former President of the Nigerian-American Chamber of Commerce (NACC). He was also the Vice-President of the Federation of Commonwealth Chambers of Commerce.
Death
Henry Fajemirokun died on February 15, 1978 at the age of 51 in Abidjan, Côte d’Ivoire. Because of his contributions to the development of commerce and industry in Nigeria, Henry was honoured by the Federal Government with a posthumous national award of Commander of the Order of the Niger (CON).
Tags: Chief (Dr) Oladele FajemirokunCMS Grammar SchoolHenry FajemirokunHenry StephensHistory filesNigerian businessmanNigerian industrialistSmartpreneur
Previous Post

Managing Daily operations in a small business in Nigeria

The story about the development of women entrepreneurship in Nigeria would be incomplete without mentioning Mary Nzimiro who started as...