These 8 Movies Will Inspire You As An Entrepreneur

by Blessing Osazuwa
in Entertainment
0

As an entrepreneur, you have to be constantly open to learning. It doesn’t necessarily have to be through master classes and seminars. Who says you can’t learn while being entertained?

These films have been recommended to entertain, educate and inspire entrepreneurs.

Check out Inside Cinemas for more! 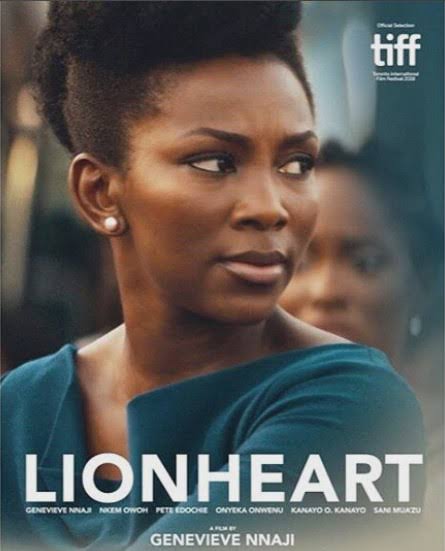 The plot revolves around a daughter (Adaeze) who worked with her uncle (Godswill Obiagu) to save her father’s transport company (LionHeart Transport) from bankruptcy.

Being the director of logistics, Adeaze was hoping to win a Bus Rapid Transport (BRT) contract in Enugu state that would help her father’s ailing bus company.

This piece teaches entrepreneurs to learn to set goals and values, never underestimate the power of competition, don’t rely on one or two big customers or contract, be persistent and build on integrity and trust, in business.

2. The Boy Who Harnessed the Wind 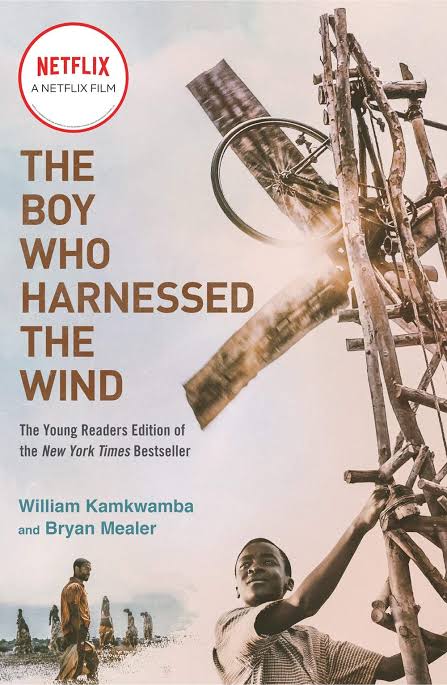 This Netflix original is based on the true story of a boy who saved his town from famine by constructing a windmill to provide water and electricity.

William Kamkwamba was an adolescent when he was forced to drop out of school in Malawi because his family couldn’t afford the school fees. As drought, deforestation, flood and famine hit his village, he began to search for a solution. He borrowed books from his former school’s library, and in them he learned about wind turbines. At its heart, this is a story of incredible innovation.

What can entrepreneurs learn from this story? Necessity is the mother of invention, and knowledge is power. Also, every venture comes with inherent risk, but every risk creates new opportunities. The key is that you must not let your doubts hold you back. Even in failure, there are lessons to be learned and new goals to move on to. 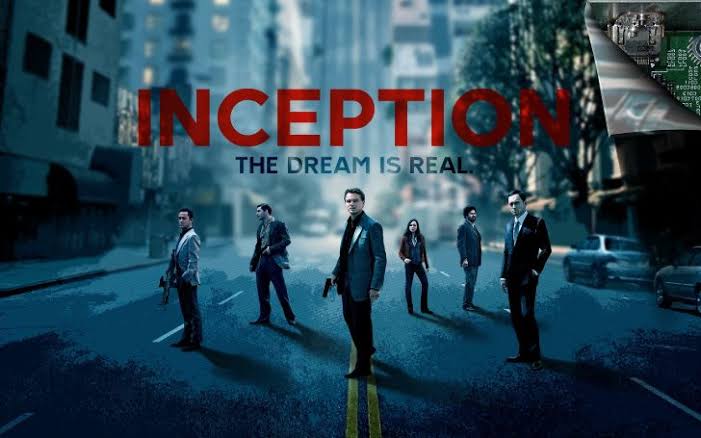 In the movie, Dom Cobb is a thief with the ability to enter people’s dreams and steal their secrets from their subconscious, a hot commodity in the world of corporate espionage.

He is offered a chance to have his criminal history erased if he uses “inception” to implant another person’s idea into his target’s subconscious. However, as Cobb is well aware, the subconscious mind will repel the attempts of inception, especially if that planted idea isn’t authentic. The plot explores the idea of “dream-sharing,” connecting with others on a much deeper level, and being able to tap into someone’s core beliefs.

Every startup that is attempting to raise money from investors is essentially trying to sell a dream and hoping to get investors to see that dream as their own. Successful marketing is also based on the idea of a well-crafted, authentic message that resonates with a targeted audience. Done correctly, “inception marketing” exerts a subtle influence on the audience, so it feels natural, almost like it was their own idea. 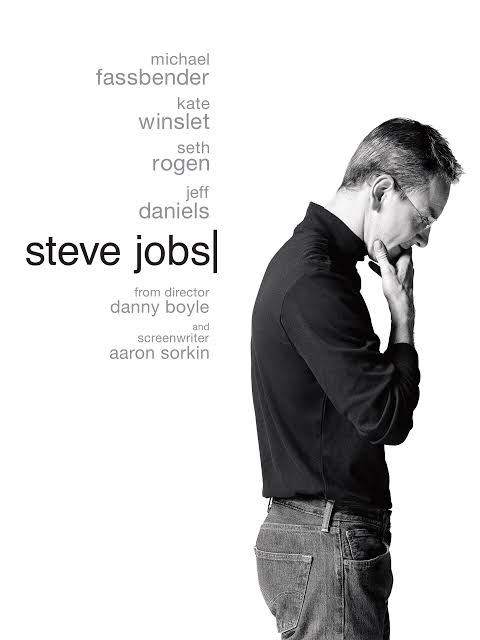 From this biographical movie, it’s obvious that Steve Jobs was not about to follow the well-trodden path to success. The film is in three parts, each focused on the time period immediately prior to the launch of a key product.

These scenes offer crucial insights into not only Job’s professional development, but also his often strained personal life. Jobs was a brilliant man who gravitated toward those who shared his obsessions. But, as the movie shows, he was not always good at playing well with others.

The movie showed that what Steve Jobs lacked in skills, he made up for in vision. He wasn’t a computer coder, a marketer or an engineer, yet without him, Apple would not exist. He didn’t care about being liked, he had a vision of affordable computing for all, and he let nothing stand in the way of accomplishing that goal.

5. The Pursuit of Happyness 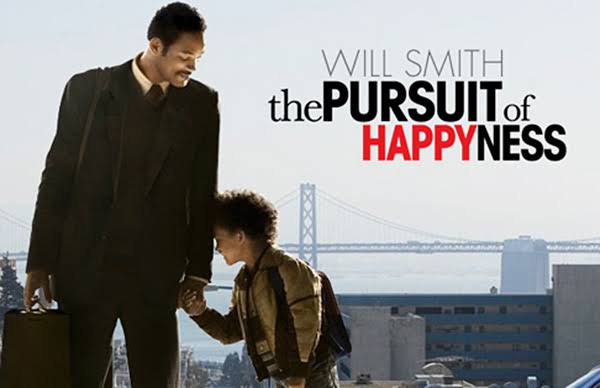 The Pursuit of Happyness is about winning the fight against all odds while staying true to your inner compass. The story details Gardner’s – played by Will Smith – nearly one-year struggle with homelessness while raising his young son and pursuing an unpaid internship as a stockbroker. At times, he had to resort to sleeping in a subway bathroom, while struggling to sell medical bone-density scanners for income. It has been decades since this film was released, and yet the subject is still relevant today.

After watching this film, you will understand that we all face moments of desperation but no matter how bad things get, you have to keep moving forward and believing in your dream.

6. The Theory of Everything 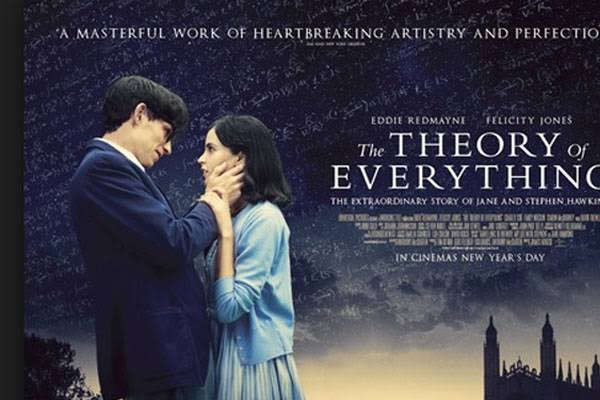 The late Stephen Hawking was one of the most brilliant and influential scientists of our time. But as well as harboring an exemplary scientific mind, he was an extraordinary man. Hawking was a fighter who overcame what was supposed to be a fatal case of ALS (or Lou Gehrig’s disease) and went on to live a full and accomplished life. He was given no more than two or three years to live when he was diagnosed in 1964, but the disease progressed more slowly than expected.

However, Hawking was confined to a wheelchair for much of his life, and as his condition worsened, he had to resort to speaking through a voice synthesizer and communicating by moving his eyebrows.

This film teaches us never stop asking questions. Hawking let nothing hold him back or keep him from his goal of creating something great out of his life. He proved time and again that life can give us great things if we are brave enough to dream, believe and work hard. 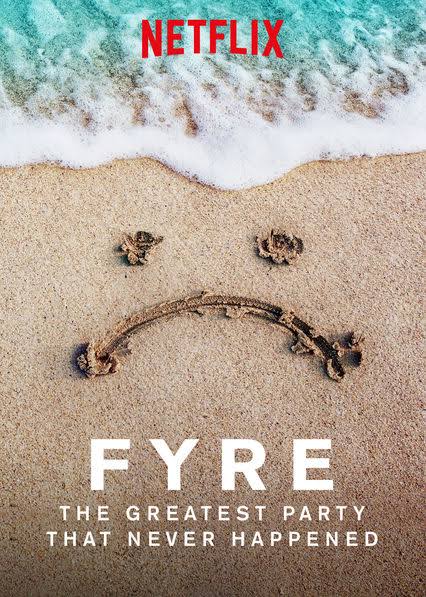 This is about the infamous failed attempt to hold a music festival in 2017 in the Bahamas. It focuses on the disastrous build-up to the event, which was supposed to be a glittering three-day luxury festival, but in reality was a hellish and ghastly experience for the people who paid thousands to attend. Slick videos featuring influencers were pivotal to helping Fyre Fest sell 5,000 tickets, but as the movie shows, there was absolutely no plan to follow through on the experiences the videos were promoting.

The film offers some important lessons for entrepreneurs in particular; if you are interested in using influencer marketing as a way to quickly grow your company. You can hire the most popular celebrities and influencers to promote your brand, but that’s not what will make your company a success. Make sure you set expectations you can actually attain and, most of all, provide customers with a satisfactory experience. 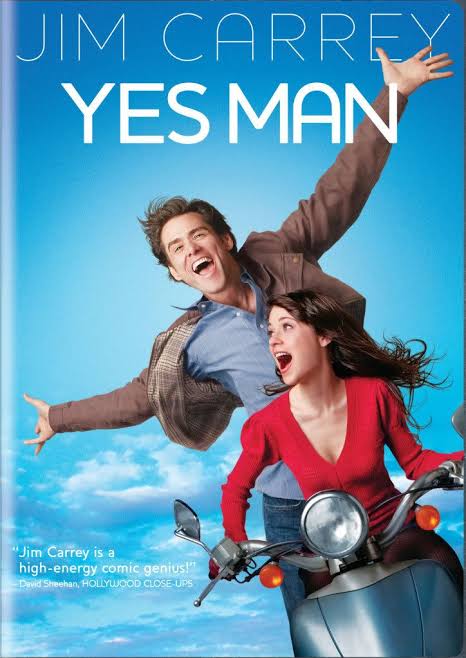 The basic premise of Yes Man is simple: Say yes to everything in life. That’s because life, with all of its chaos, danger and fun, is meant to be fully embraced. In the film, Carl Allen is a man who basically lives to say no to everything. Completely stuck in a negative mindset, Carl attends a self-help conference based on the concept of saying yes to any question thrown his way.

What happens next is the result of Carl saying yes to every opportunity — which of course is insane and a lot of fun. In the end, Carl realizes he’s taken the “yes” exercise a little too far, but he’s changed for the better.

The moral of the story: Seize the day, enjoy life, have fun and say yes whenever possible. The film is a reminder to seek a balance between saying yes and saying no when opportunities come your way.

AUDA-NEPAD, Ecobank Group To Support MSMEs In Nigeria And Other African Countries

AUDA-NEPAD, Ecobank Group To Support MSMEs In Nigeria And Other African Countries

5 Things That Could Eventually Drive Away Your Loyal Customers