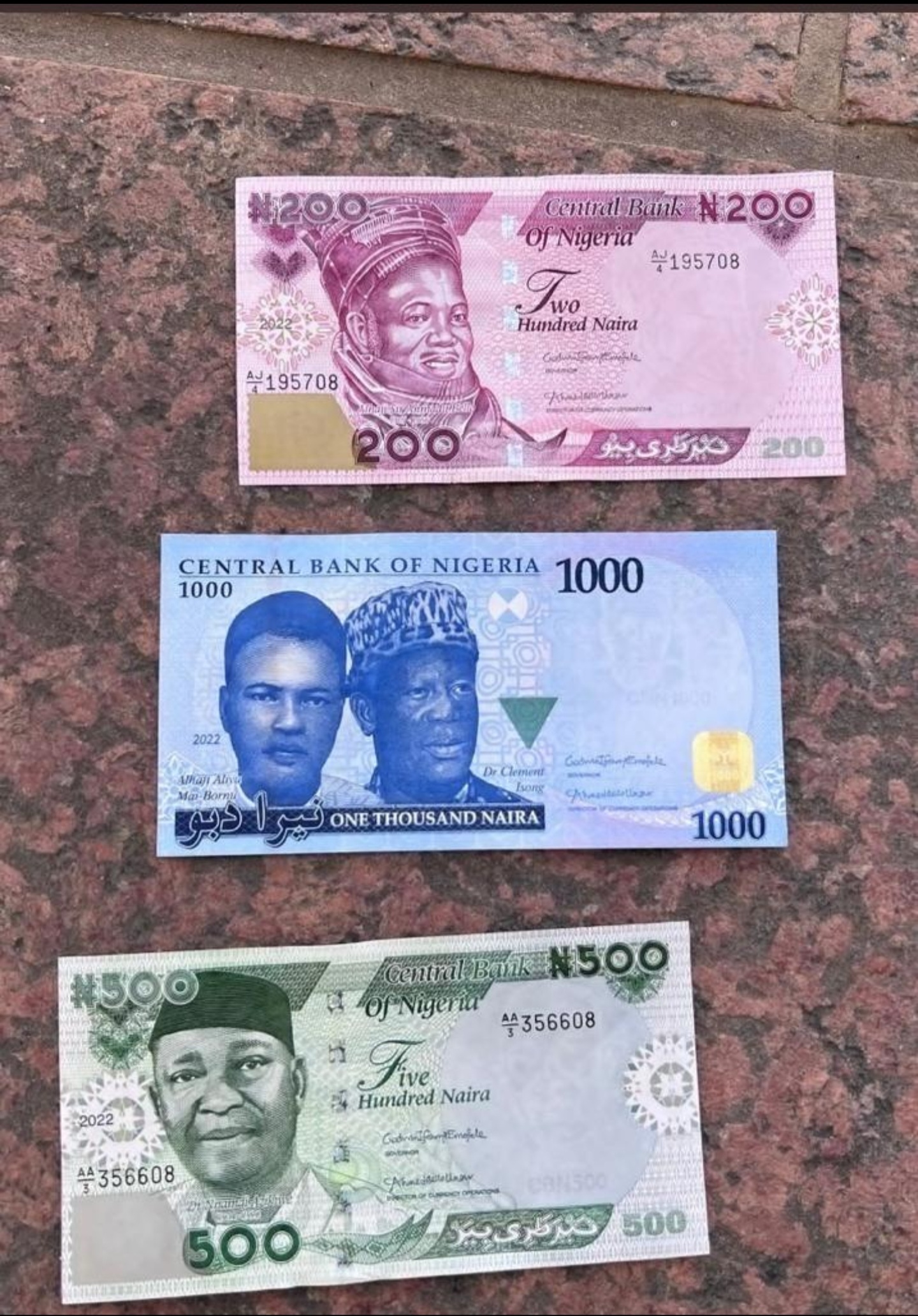 Governor of the Central Bank of Nigeria (CBN), Godwin Emefiele who was present at the unveiling ceremony stated that with the new notes in circulation, there will be heavy restriction on the volume of cash that people can withdraw over the counter. He went on to say that the redesigned currency can never be counterfeited, emphasizing that to forestall such occurrence the CBN would redesign the notes after every five to eight years.

Following the unveiling of the new notes, Nigerians have gone ahead to share their thoughts and opinions about the look of the redesigned currency.

The CBN really went back in time! Agba Flash! pic.twitter.com/CmlxDLtOr7

The old notes would remain legal tender till the end of January 2023. He then explained that change of currency is recommended within the interval of 5 to 7 years, but the last time Nigeria embarked on this exercise was in 1984. And therefore this exercise is overdue.

Another reason for the new notes according the CBN governor is to correct the existing issue whereby 85 percent of the currency in circulation is outside the banking system.

To support SMEs in the country, Wema Bank through its SME Business School recently trained a total of 156 entrepreneurs...

Three female entrepreneurs who emerged winners of the maiden edition of the Women’s Entrepreneurship Day Program organised by CreditPRO and...