Movies have generally moved beyond pure entertainment. Beyond the drama, suspense, thrills, and punchlines, there are often numerous life lessons to be learned when you watch movies with your third eye or sixth sense. If you are an entrepreneur, here are some valuable business lessons you can glean from these hit Netflix releases.

Lesson: There is power in teamwork and collaboration 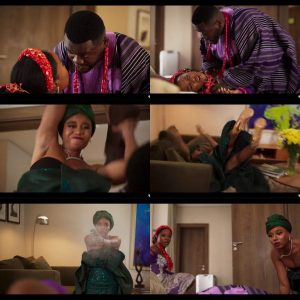 When Sarah finally decided to break off her abusive relationship, just hours before making the lifetime marriage commitment, Kola tried again to strangle her. It took the help of her friend Kemi, although it resulted in Kola’s death, for her to survive the ordeal. After their escape, they still had each other’s backs. The lesson here is to not go hitting every competitor’s head with a stick!

Kola was a huge problem for Sarah, however, it took teamwork and collaboration with Kemi for her to get rid of him. There are business challenges that you cannot overcome on your own. You need to collaborate, sometimes even with your competitors.

Take a cue from the comedy skits artistes; they collaborate from time to time and this only helps to increase their views and following. Imagine Sydney, Tao, Sabinus, Dollarz and more in one single skit! Epic, right?

As a Smartpreneur, you should explore ways to collaborate with others in your niche. Do you have a common power supply challenge? Is it possible to come together to set up an alternative like solar energy (which might be expensive for one business to set up but may be cheaper when you come together)?

Your competitors don’t have to be your enemies! Sometimes, collaborate instead of competing.

Lesson: When you speak the customer’s language, you make sales 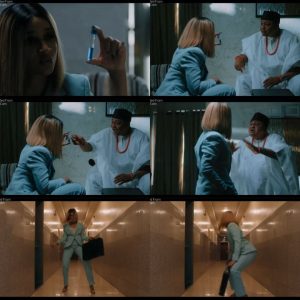 “It is powerful, the rarest of its kind; kings and big businessmen use it.”

Even though Susie was selling a really expensive drug that was ultimately a lie, she spoke the language of her customer. Susie was able to say what the chief wanted to hear with confidence and class.

When marketing your product to your customers, speak their language. Convey the importance of the product to them and let them realize that they need the product and not just want it. With the right words, you can sell any product to anyone!

Sola took a bag of money that was beside the dead bodies and didn’t stop to think of the unexpected troubles that could accompany such an action. This is a lesson for any entrepreneur; every action has consequences. Have the foresight to think through the consequences of your actions and business decisions. A lot of people are affected by your business decisions – customers, partners, employees, investors, and even well-wishers.

Always think your actions through.

Lesson: A business person should not spend money without first defining the profit and production costs

Yetunde and Kass were hell-bent on living the big life and this led them into spending clients’ money lavishly even though they had not delivered the products/services paid for. As party planners, if they had sorted out the service before spending their profit, they would probably have been spared the debt crisis, embarrassment, and tragic fall.

As a Smartpreneur, don’t be the person who spends customers’ money on living a fancy, posh life, only to start scrambling for a way to deliver the products/services. It is sometimes easy to feel left out when you see some of your mates riding the flashiest cars, using the coolest gadgets, hosting luxurious parties, and having adventures in the biggest cities all over the world.

Refuse to be intimidated when others around you are showing off. Hustle now and let your hard work build you an enjoyable future. 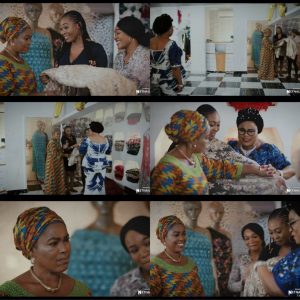 Some people think that it is easier to sell when your price is lower than others – this is not true. Chances are that people would think that your product is inferior if you reduce the price in comparison to others. A Smartpreneur should not make sales based on price; instead, emphasize value. Take a leaf from Oba in King of Boys.

A bride-to-be and her mother visited Oba’s shop to buy bridal lace. Even though they both loved the product, they would easily have turned away because of the price. Oba stepped in and spoke so well about the product that they began to see its value. After the bride’s mother decided to buy the lace, Oba still instructed the sales attendant to show them some shoes and a bag! If she did not have a meeting to attend, she could have sold the whole shop to the customers without lowering her price!

When you are selling, emphasize value and downplay price. Let the customer see that the value they are getting far exceeds the price they are paying.

Quam made a hasty decision when he decided to invest his funds so they could multiply and enable him to chill with the big boys. There was no deliberate and due diligence, no legal backup, nothing! He followed Ozzy to a building that looked like an agency and transferred all the funds in his account. In a few days, he became restless for credit alerts and answers. Albeit he could not find any traces of his money and became BROKE!

Many scam investments posing as money doubling schemes have been the bane of several entrepreneurs. Take a look at MMM, Racksterli, Clickella, and many more that follow the same pattern, paying out a few of their first clients as a lure, before disappearing with other people’s money.

Do not make investments without proper diligence, and always have a contingency plan in place so you don’t end up broke like Quam. He was really lucky to have found them in the end, but would you be that lucky?

Lesson: Practice what you preach

Imagine selling a book about how to change your life and you’re still poor? How is that even marketing? How are you supposed to influence your customers to buy?

There are many wannabe entrepreneurs that are advertising what they have not tried out themselves, or what hasn’t worked for them yet. Only gullible people buy from such entrepreneurs.

Set standards for your brand that you can live up to. You are the first face of your brand; your customers should see what you sell by looking at you.

Do you see how practical these lessons are when you think about them? So, when next you are watching a movie, ensure to pick up a lesson or two.

Every holiday season offers business owners an opportunity to connect better with their clients and boost sales. Although this could...

Top 4 Business Trends Every Entrepreneur Should Prepare For

Business owners all over the world have faced huge challenges and have had to adapt to new ways of operating...

What does the customer want?

Every business revolves around a product; even if you offer a service, it is your product. Common sense points to...