by Ruth Okwumbu-Imafidon
in Lifestyle, Profiles
0

The Forbes 2020 list of Africa’s billionaires places Folorunsho Alakija as the 20th richest person in Africa. She is also said to be Nigeria’s richest woman entrepreneur, leaving many to think that her wealth is all from oil money. Very few people know that Alakija started out as a fashion entrepreneur.

Folorunsho was born on 15 July 1951 to Chief L.A. Ogbara of Ikorodu, Lagos State, in a large family with many siblings. Her father married 8 wives and had 52 children. Folorunsho was the eighth child. She had part of her early education at Our Ladies of Apostles, Lagos from 1955 to 1958, before traveling to the United Kingdom to attend the Dinorben School for Girls in Harfodunos Hall, Llangernyw, Wales. She returned to Nigeria in 1963 for her secondary school education in Sagamu, Ogun state before traveling to London for Secretarial Studies at Pitman’s Central College.

At that time, it was not common to have females that were taking courses outside Secretarial Studies, Tourism and Hospitality or Fashion Designing, so Folorunsho was toeing the trends of the time. In addition to her degree in Secretarial Studies, she attended the American College, London and the Central School of Fashion, earning herself a degree in Fashion Designing.

Leaving her 9-to-5 to become a fashion entrepreneur

Folorunsho started her career as an Executive Secretary at Sijuade Enterprises in Lagos, in 1974, and from there, she moved to the First National Bank of Chicago (later renamed FinBank and then acquired by First City Monument Bank) as the Executive Secretary to the Managing Director. She also worked as an Office Assistant to the Treasury Department and grew through the ranks to become Head of the Corporate Affairs Department. Her career in the banking industry spanned a little over a decade.

While it would have seemed okay to settle with a career that many would consider fulfilling, the fashion world was beckoning on Folorunsho and she eventually answered. She started her fashion design business which she named Supreme Stitches. Later on, the business would be rechristened Rose of Sharon House of Fashion. Folorunsho built the business to be different from the regular fashion design businesses that others were running. She established the brand and earned an enviable spot in a fashion industry that was still evolving at the time. With time, Folorunsho began to show her business dexterity and capabilities in other sectors. She forayed into printing with The Rose of Sharon Prints & Promotions Limited and Digital Reality Prints Limited. She also holds real estate interests with the DaySpring Property Development Company, where she has majority stakes. All of these businesses now come under a single umbrella – The Rose of Sharon Group.

Finding the courage to go in search of oil

In September 1991, Alakija was granted an Oil Prospecting License (OPL) on the OPL 216, a 617,000-acre block located in the Agbami Field of the central Niger Delta. Fun fact about this oil block is that it was the one oil well no other person wanted. It had no known proven reserves and was thought to be economically unviable due to the significant capital and expensive deep-water technology it would take to explore it (in the event that there was any oil reserve at all).

Recounting this, Alakija said she started the process when she started considering a means to diversify her sources of income, rather than just remaining a stylist. It took her 3 years and several appointments with different petroleum ministers to finally get the oil bloc.

“It was a case of discretionary allocation at the time. The President, through the NNPC, was the one that would decide who gets it. I think I was one of the first women to get the license”.

A couple of years later, Famfa Oil Limited, her family’s oil exploration, and production business entered a joint venture agreement with Star Deep Water Petroleum Limited (owned by Texaco), who came in as a technical adviser for the exploration of the license. This agreement transferred 40% of her 100% stake in Famfa Oil Limited to Star Deep Water Petroleum. More players came into the agreement when Star Deep brought in Petrobras and transferred 8% of its 40% stake in Famfa Oil to Petrobras. The essence of bringing in more players was to fast-track the oil exploration by bringing in partners that had the technical know-how, and soon enough, they hit oil and grew to become one of the largest indigenous Nigerian-owned exporters of crude oil in Nigeria. However, it was not all smooth sailing!

When they struck oil on the OPL 216, the government came in and snatched a 40% stake, and then another 10% stake of the oil bloc, arguing that the Alakijas could not be allowed to keep all those shares that would allow them to make as much as $10 million daily.

“We felt like it was unfair. We had taken the sole risk and invested everything we had in the business. It had become a family business. We spent six years as a family to ensure this worked out and now that it was bearing fruit, they just stepped in and took away everything we had struggled and worked extremely hard for. I said to myself, ‘Folorunsho Alakija does not give up, my husband does not give up and my children do not give up’” she said later of it.

After more than a decade of going back and forth with the government in various courts, they won and got back their stakes from the government. 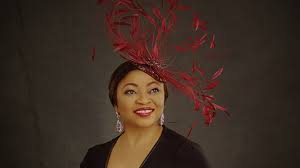 A woman of many laurels

In 2015, Forbes listed Folorunsho Alakija as the second most powerful woman in Africa and the 86th most powerful woman in the world. In honour of her contributions to economic growth and living an exemplary life, Folorunsho Alakija has received about 8 Honorary Degree Awards from Universities in Nigeria and the United States of America. In 2016, she was appointed Chancellor of Osun State University and became the first female chancellor in Nigeria.

Alakija is a prolific writer and has authored several inspirational books, including her autobiography. She is a board member of the Commonwealth Business Forum.

Folorunsho Alakija is a wealthy woman by any standards. Besides the several rankings that have described her as the richest woman in Nigeria and one of the richest in Africa, her interests across different sectors explain the steady growth of her wealth.

What lessons can entrepreneurs learn from Folorunsho Alakija?

Alakija’s story inspires young entrepreneurs across the world. You can start a small business today as a fashion entrepreneur, food entrepreneur, etc., and grow it into an international brand. You can use your small venture as a learning ground; a formation room where you make mistakes, learn from them and perfect your business acumen and strategy before moving on to other businesses and sectors.

Henry Oloyede Fajemirokun, CON was born on July 26, 1926, in Ondo State to the family of Daniel Famakinwa Fajemirokun...

7 student-founded Startups that have grown into big companies

There is this thought line that suggests that for one to build a successful business, it requires access to huge...