Ebeano is a retail brand that appears to have a presence in most cities in Nigeria and even outside the country. However, for the man who founded this chain of stores, it wasn’t a walk in the park, nor was success handed to him on a platter.

David Chukwuma Ojei hails from Agbor, Delta State and was born in his hometown on 28 February 1971. His grandmother was a petty trader, and her children learnt a lot from her. In this way, David Ojei grew up seeing businessmen and women around. His uncle left for Lagos to learn a trade and started a business moving Garri in large quantities from Eastern Nigeria to Lagos to sell to retailers. His mother was also into petty trading and he would follow her to the market to help her sell tomatoes and rice. His early engagements explain why he excelled in mathematics in school, even when he struggled with other subjects.

“My educational background was very poor; I failed in Primary Three. The only subject that I was good at was Mathematics, and it was because I was good at calculations. My English was awful; I failed in Class Four. Then, Secondary School used to end in class five,” he recalled in an interview.

With encouragement from family members and hard work, he improved in his studies and started excelling. While studying for the University Matriculation Examinations, he lived with his older brother at Ota Farms. When the National University Entrance Tests results came out, he scored 236 out of 300 (the English Language scores of all the candidates were cancelled), emerging among the top 20 students in the whole federation. He gained admission into the University of Nigeria, Nsukka to study Accountancy (a course he decided to major in because of his love for Mathematics) and graduated in 1995. He was posted to Jigawa State for the mandatory National Youth Service Corps (NYSC) programme almost immediately. 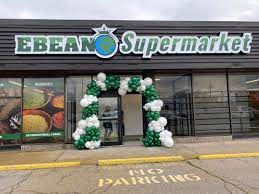 As a student, David Ojei had expected to follow the logical route of graduating from school and getting a job. Even though he regularly assisted his mother and siblings in their various businesses, he did not consider that entrepreneurship would become his life. It took a single experience to open his eyes.

“We used to hold teachers in high esteem because they lived in flats and their salary was fantastic. My family lived in a room and a parlour, but we did not lack food. There was a day one of the teachers came to buy an item. He couldn’t pay but instead said, ‘See you on payday,'” David recounted.

With this experience, he began to see that perhaps the teachers were not as rich as they thought them to be. He could not imagine a life where he would have to wait until payday to get money to pay for his needs. It was around this time that David and his siblings started paying closer attention to the rudiments of business. Occasionally, during his holidays, he would follow one of his uncles to Oke-Arin Market in Lagos Island to purchase goods for retail. Much later, after his NYSC service year, he decided to go into business.

In search of a job

David Ojei would have proceeded with entrepreneurship immediately but for his parents’ blunt refusal. They saw business as a waste of his certificate and insisted he got a job with his Accounting degree. He applied for several bank jobs, writing aptitude tests with Zenith Bank, GTBank and FBN Merchant Bankers; he kept failing the tests. It seemed ironic considering that he graduated with Second Class Upper Division honours. One could say that fate had dealt him a tough hand.

After multiple failed attempts to secure a white-collar job, David settled for a job with a security company on a monthly salary of N7,000. From his income, he saved up N4,000 monthly for the 18 months he worked there and later used his accrued savings to start a barbershop. Saving up such an amount meant that he went through that entire period without getting any new clothes.

David the Businessman is born

“I was staying in my brother’s house where I ate breakfast and dinner for free. Sometimes, I also ate lunch; sometimes, I skipped it. The remaining N3,000 was used for transport fare[s]. After six months, I had saved enough money to open a barbing salon at Powerline in Ejigbo, Lagos. I rented [a] shop for N12,000 at the rate of N500 per month for two years. I started the barbing salon without a generator. After three months, I started having a problem because of epileptic power. At the time, an original Japan-made generator was N35,000. I went to my brother and asked him to lend me some money to buy a generator. He did. I bought the generator and later paid [him] back. The salon was fetching me N7,000 monthly, added to my salary, it brought my monthly earning to N14,000.” 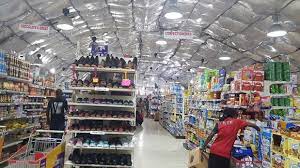 When he finally resigned from the security company, he decided to go into business while still making some income from his barbing business. In June 1998, he started traveling to a town in Edo State to buy Ogbono seeds which he would bring down to Lagos to sell. This went on for a while until his supplier duped him.

“I was traveling to Fuga in Edo State to get the seeds from villagers. The journey was tedious. Each time I traveled there, I spent three or four days and would wait for them to crack the shells and bring out the seeds. My supplier then suggested: ‘Instead of wasting time and money on hotel bills, why not give me the money so that I would process [the seeds] ahead and when next you come around, you would spend only one night and take your goods back to Lagos?’ It was a good idea. I deposited half of my money. When I returned, there was no supplier or Ogbono. The woman had vanished. She made away with my money. I lost over N40,000.”

This experience showed him that he needed some direct training and mentorship, and he went to spend three months learning from his uncle Sunday Egede, who owned De Prince Supermarkets. After this brief apprenticeship, he started Ebeano Supermarket in 1999, with the first outlet at Shomolu, Lagos State. As the business progressed, he closed his barbershop and focused on expanding his retail business. He opened an outlet at Gbagada and another at Ikota.

In 2009, Ojei went into a 50-50 partnership with his uncle and mentor, Sunday Egede, and they established the Prince Ebeano Supermarket – “The Preferred One Stop Retail Store”. It was a huge success from the get-go, combining the experience and grit of two strong businessmen. Their inventory includes practically anything that anyone might think of buying.

Entrepreneurship will not be a smooth ride for most people. Like David, some will start with a meagre job and progress to owning a small business before eventually striking gold. The question is, how many people will persevere through all the stages?

7 Virtual Dollar Cards that SMEs can use for online transactions

WhatsApp is the third most-used social media network in the world. The Business version was created specifically to serve small...

In March 2021, Titi and Bose decided to start a clothing business. They sat down and drew up the cost...

Funds are critical for the sustainability of any business. What you do with the funds is even more important. As...

A look at MTN, GLO, AIRTEL, & 9MOBILE  Imagine you are chatting with a prospective customer, and just when it...

I used to write down my outfit combo inspirations in a jotter, now I get paid for it. I learnt...

How small businesses are fighting their way through inflation

Inflation has affected everything and everyone, and it seems like everywhere you turn, there are complaints about the constantly increasing...

7 Virtual Dollar Cards that SMEs can use for online transactions