Sir Adeyemo Alakija was born Placido Adeyemo Assumpcao on May 12, 1884, in Abeokuta, Ogun state, Nigeria. He was the youngest of the seven children in his family. His father was one of the Brazilian returnees who decided to stay in Lagos in the mid-nineteenth century; the groups were referred to as Amaros. The Alakija family were the most prominent Amaros in Nigeria. Alakija was a well-known businessman, lawyer and politician.

Alakija attended St Gregory’s Catholic School before moving to CMS Grammar School Lagos, after which he worked in the post office in 1900 and served in the civil service for ten years. He went on to study Law at Oxford University, London, earned his qualification in 1913, and became one of the most prominent barristers and businessmen of his time. Thereafter, he returned to Lagos to begin his law practice.

As a lawyer, Adeyemo Alakija was very successful. He would later become one of the most prominent 19th-century Lagos aristocrats. 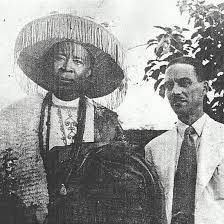 Venturing into printing and publishing

Alakija co-founded the Daily Times newspaper with Ernest Ikoli and Richard Barrow in 1926 and was chairman of the company’s board. The newspaper was pro-government and it flourished, with most of its revenue generated from adverts by expatriate companies or European firms. Daily Times was a popular voice of the nationalist movement. 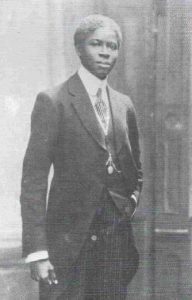 I used to write down my outfit combo inspirations in a jotter, now I get paid for it. I learnt...

Ebeano is a retail brand that appears to have a presence in most cities in Nigeria and even outside the...

Mathew Oyin Jolayemi was born in 1940 in Iludun Oro, Kwara State, Nigeria, into the family of Pa Sangotoye Jolayemi,...

Priscilla Ajoke Ojo, fondly called Priscy, is a Nigerian celebrity, entrepreneur and Gen Z brand influencer. She was born in...

The Forbes 2020 list of Africa's billionaires places Folorunsho Alakija as the 20th richest person in Africa. She is also...

Meet Adewale Tinubu: The King of African Oil and founder of OandO

Forbes magazine one time described Adewale Tinubu as "The King of African Oil", so his name should ring a bell. Even...